On June 11, 1913 the Reisterstown Volunteer Fire Company was formed.   After suffering 3 disastrous fires, members of the community joined together to raise a total of $412.29 to form a fire company.   The meeting minutes from June 11, 1913 will be read this evening at our weekly meeting.  The membership of the Reisterstown Volunteer Fire Company would like to extend a big thank you to all who have contributed to our long success.  The original meeting minutes can be read here.

At 1:00 pm on Wednesday June 6, 2012,  units from Owings Mills, Garrison, Franklin, Chestnut Ridge, Reisterstown, Glyndon, and Pikesville were alerted for a dwelling fire on Gwynbrook Ave.  First arriving units found a chimney fire that had extended into the attic.  Engine Company 412 was assigned the Rapid Intervention Team and Rescue Squad 414 was assigned to the roof with Truck 404.  Station 41 was filled in by Gamber Engine 134.

Station 41 had a busy night tonight.  We started out testing hose on the Engines as part of standard safety tests.  During our hose tests S414 and E412 handled a firebox in Glyndon’s area (which ended up being a light smoke from a lawnmower entering a house). About 30 minutes after returning to service S414 got a call for a local firebox in 56’s area.  We were arrived and staged and then was cleared.

Just after 11 am on May 16 we were dispatched for a motor vehicle accident on Main St at Stocksdale Rd. Upon arrival, crews found a vehicle into a pole. The pole was split in half with the top of the pole hanging above main street. Main St. remained closed late into the evening.

Tonight at approximately 6:30p a firebox came out for dwelling fire on St Paul Ave in Glyndon.  Reisterstown’s Engine 412 and Squad 414 arrived shortly after Engine 401 and setup for a fire attack with a 1 3/4″ handline.  Two off the engine went the front door, through the house to keep the fire from spreading in the house.  The squad’s crew went to division 2 to open the walls up to stop fire getting into the house.  All crews remained on-scene for approximately 2 hours and then returned to service.

While Engine 413 was at pump test, Engine 412, Rescue Squad 414 and Special Unit 418 went to a nearby complex for ladder training.

At 1 am. on April 25, 2012 Rescue Squad 414 and Special Unit 418 responded on a motor vehicle accident with rescue at Falls Rd. and Western Run Rd.  Units from Butler and Texas stations also responded.  Upon arrival, Engine 493 found a vehicle in the field with one occupant self extricated and one still in the vehicle.  Rescue Squad 414 helped stabilize the vehicle so the second occupant could be extricated.  Both patients were transported to the hospital via medic units.

Just shortly after 2 am. Baltimore County 911 received a report of an apartment fire to the rear of Future Care Cherrywood on Reisterstown Rd.  Units from Franklin, Reisterstown, Glyndon, Owings Mills, Garrison, and Randallstown were alerted.  Upon arrival, units reported a fully involved garden apartment building at 3 Caraway Rd. and requested a 2nd alarm.  Engine 412 was atttacking the fire with handlines while Rescue Squad 414 performed a search of the building.  After a collapse of the exterior wall on the third floor, the building was evacuated and exterior operations began.  The fire was called under control at 5:30 am.  Two civilians were transported to hospital. 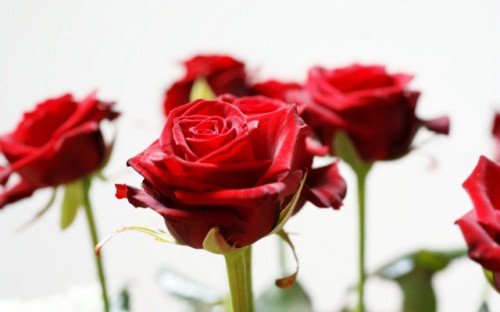