Sunday was a busy day for RVFC. There were 4 (local) calls in the morning and then around 2pm E413 was alerted for a house fire in Carroll County.  We were 3rd arriving engine.  The crew from E413 pulled the second handline off of Engine 33 and took it in to the second floor to extinguish the fire on division 2.  First arriving engines pulled a handline and went in to division 1 to extinguish the fire there.  There was heavy fire throughout the whole structure and it took almost an hour to fully extinguish the fire. E413 driver assisted with water supply along with engines from Carroll County and E401, E503 and E56 from Baltimore County. E413 remained on scene for approximately 3 hours assisting with overhaul as well.

On Sunday morning RVFC was alerted for an MVC with no one injured.  Then just as S414 was pulling out it was upgraded to an MVC with injuries and so M415 was alerted.  M415 and S414 arrived to find a two vehicle MVC with one vehicle up onto the grass with one person trapped inside.  S414 requested a rescue assignment which alerted the battalion chief, district EMS officer and Engine 852 (who was filling in at Station 56). S414 removed the side door and was able to extricate the patient.  One was transported to the hospital.

At around 1300 hours on March 20th E412 was alerted to respond mutual aid to Carroll County for a reported house fire with multiple calls. E412 arrived seconds behind the first arriving engine with fire showing from the first and second floors. After receiving reports of the dwelling being occupied E412’s crew was assigned primary search of the first and second floors, all searches negative. Multiple other companies, including E413, were dispatched to help out due to the severity of the fire.  Crews then assisted with extinguishment and overhaul. E412 operated for approximately 2 hours before returning to service.

Early this morning Station 41 was alerted for a an MVC on Cockeysmill Road by the 795 overpass.   Squad 414 arrived to find a single vehicle on its side. The driver was able to self-extricate and was not injured.  S414 went back in service after approximately 20 minutes. 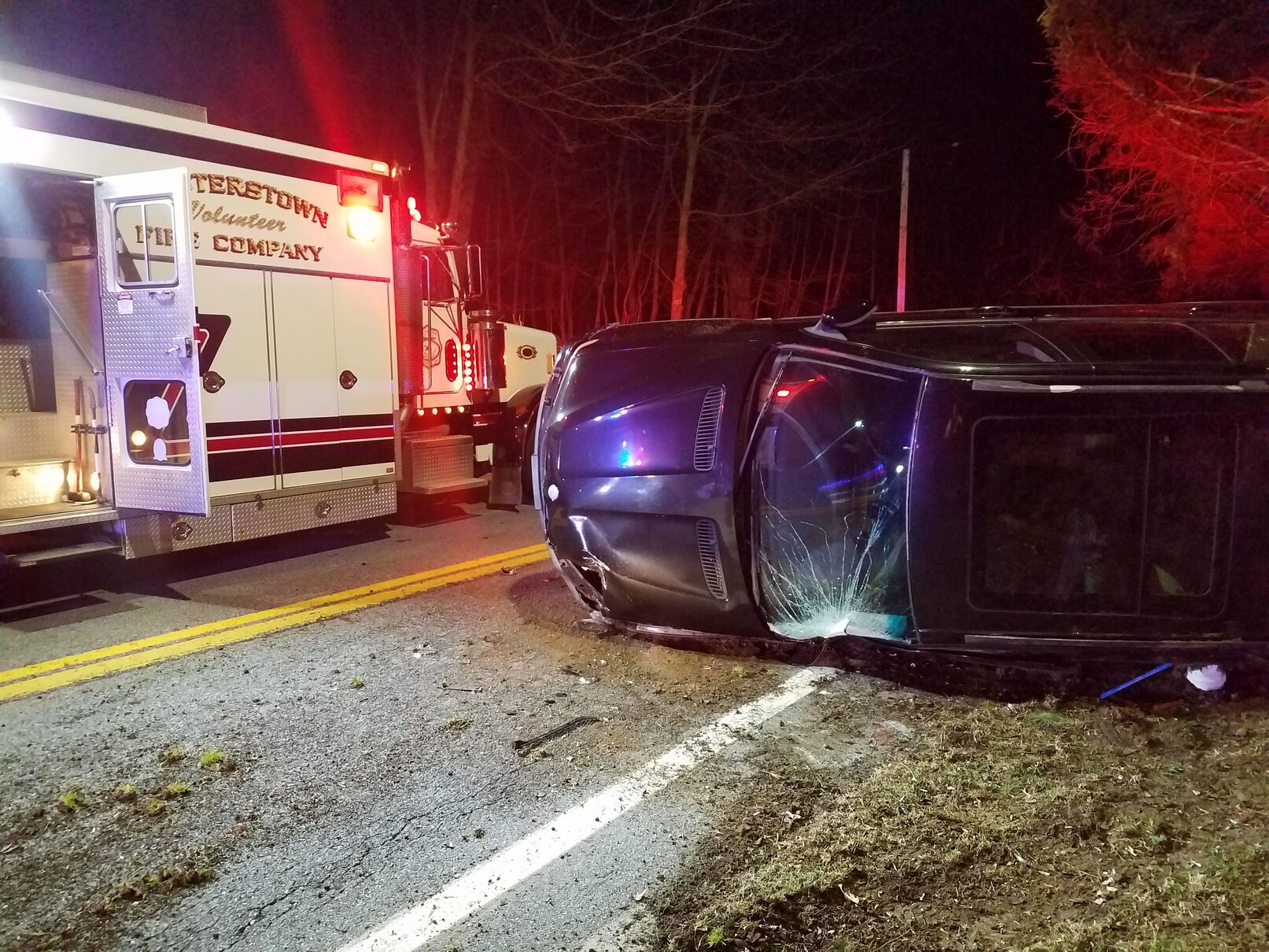 E412 had just returned to the station from a gas leak call and was dispatched for an MVC with a pick-up truck into a building.  S414 and E413 arrived to find a pick-up truck that had glanced off the side of the old ski shop building and come to rest beside it.  One patient had self extricated and a second needed help getting out of the vehicle. Crew from 41 and medics from station 56 and 50 worked with the patients in packaging and patient care.

Reverend Feaser (from Trinity Lutheran Church) was the Chaplain of the Reisterstown Volunteer Fire Company for 24 years. He is now moving on from Reisterstown.  We wish him the best and thank him for his many years of service in Reisterstown.