Early this morning Truck 404 and Squad 414 were alerted for a working house fire in Westminster.  Squad 414 went enroute with 4 members to the house fire.  We arrived and were immediately cleared.  Carroll dispatch requested we fill in at Carroll Station 3 (Westminster) until their crews were cleared of the house fire.  In all we were at Station 3 for approximately 1 hour. 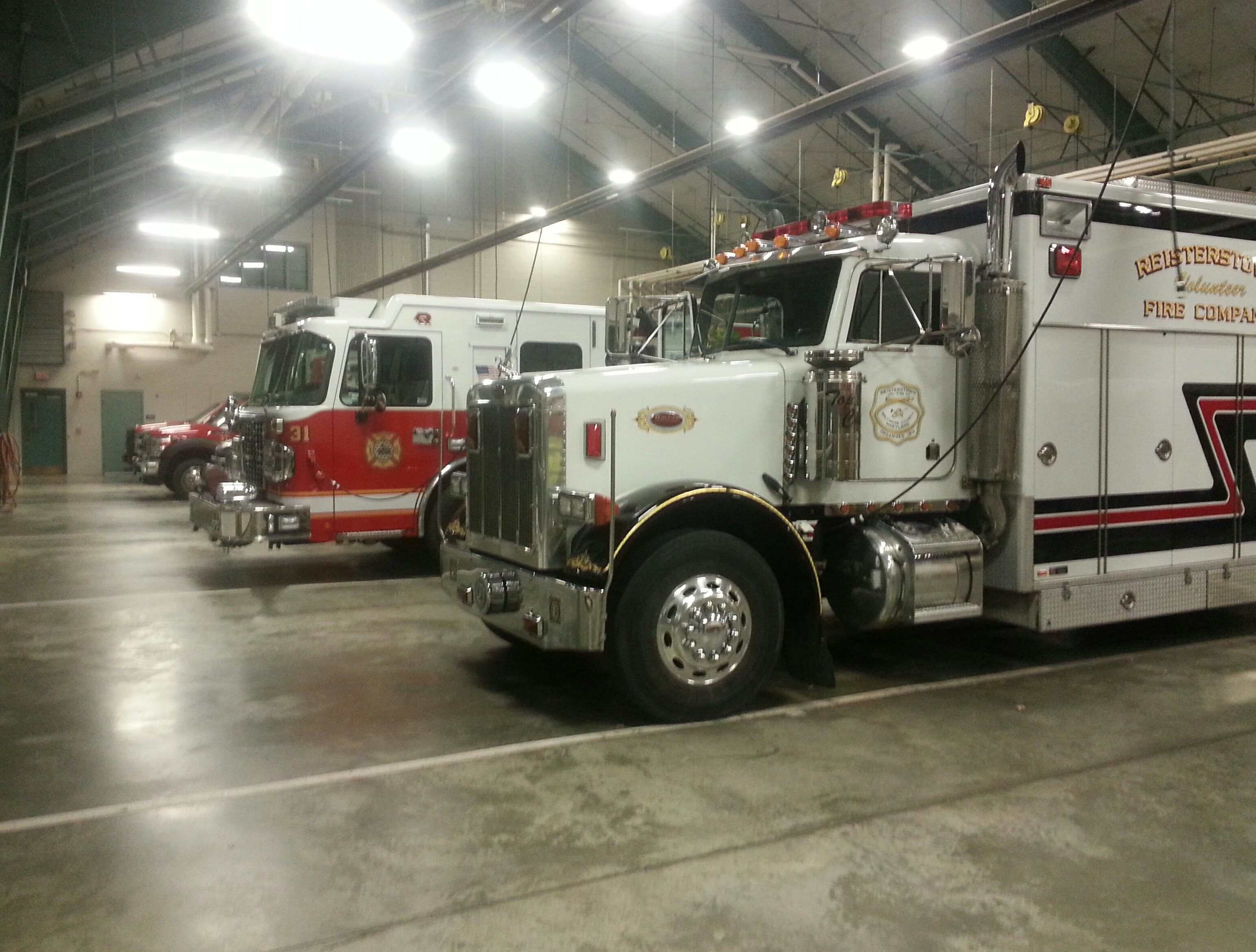 Squad 414 (S414) in our station is used for many different incidents.  Primarily it is outfit for rescues and in particular for extricating patients trapped in vehicles.  For that task it has multiple spreaders and cutters to open up car doors or remove roofs. But there are many other tools on the squad.  There is a whole section for rope rescues, water rescues and confined space rescues.

As well the squad has a large number of lights, which was one of the initial tasks for a squad on a fire.  Some lights would be set-up in the front of the house, some would be set-up around the back (if accessible) and some set-up inside, all so we, and others, can see what we are doing in our fire fighting tasks.

Last night we pulled all the lights off the squad and went over how to set them up (for some newer members).